Fluoridation of water has been a prominent public health measure of the 20th century, helping reduce dental decay amongst the general public.

Fluoride has been artificially added to the drinking water supply in the US since 1945 and in Australia from 1953. This massive reform was made after 60 years of gathering evidence about the effectiveness of fluoride in drinking water from several parts of the world.

There has been a minority of individuals voicing their opposition to public drinking water being fluoridated with claims that drinking this water leads to several severe consequences over time.

The minority of citizens claims that fluoridated water can cause cancer, Down syndrome, cognitive problems, high blood pressure and many other severe conditions. However, the evidence from over 60 years of public health research undeniably points towards positive dental health with lowered dental decay rates and no serious health issues as mentioned above. 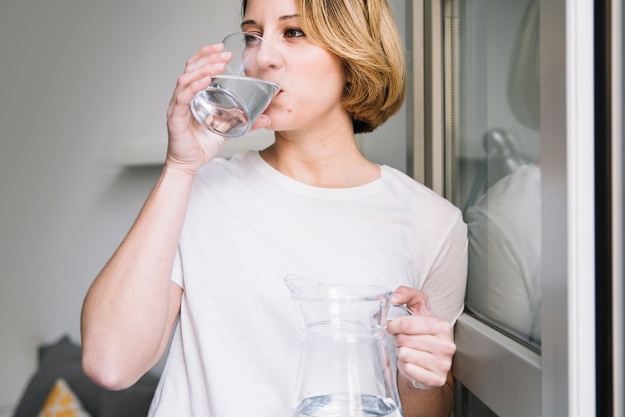 In this article, we decipher and bust four popular myths that are most widely circulated:

Myth 1: Fluoride is unnatural for our bodies

Fluoride permeates from rocks into the ground and surface water, naturally. The ocean contains as much fluoride as fluoridated drinking water in Australia (1 part per million).

Portland and Port Fairy in Australia both have naturally constituted fluoride in their drinking water (0.7-1.0 parts per million).

Myth 2: There is no evidence that fluoride works

Studies from the 1940s in America show that dental researchers observed a certain decline in dental decay amongst children consuming fluoridated water.

Soon after, several sample studies were conducted with artificial fluoridation of water. These studies irrevocably pointed towards a steep decline in dental decays compared to communities with no fluoride in their water.

There have been several studies and evidence-based reports released by the NHMRC, WHO, World Dental Federation and the US Centers for Disease Control and Prevention that fluoridation at its current level (0.6-1.1 parts per million) in Australia is not associated with cancer, Down’s Syndrome, chronic kidney disease, low birth weight and a host of such serious claims.

Myth 4: Water with fluoride is not safe for infant formulas

Infant formula carries a meagre fluoride count below the threshold amount of 17 micrograms of fluoride/100 kilojoules. When mixed with regular fluoridated drinking water in Australia (0.6-1.1 parts per million), it is still safe and does not pose any risk of dental fluorosis in infants.

Adding fluoride to water has been a public dental health saviour over many decades. In the age of information, there tend to be several grey areas for sensitive health issues. However, hard evidence from the past 60 years has proven that fluoridated water is a leading cause of improved overall dental health for children and adults.

How to Take Care of Veneers? Here are Some Effective and Simple Tips

If you need a dentist